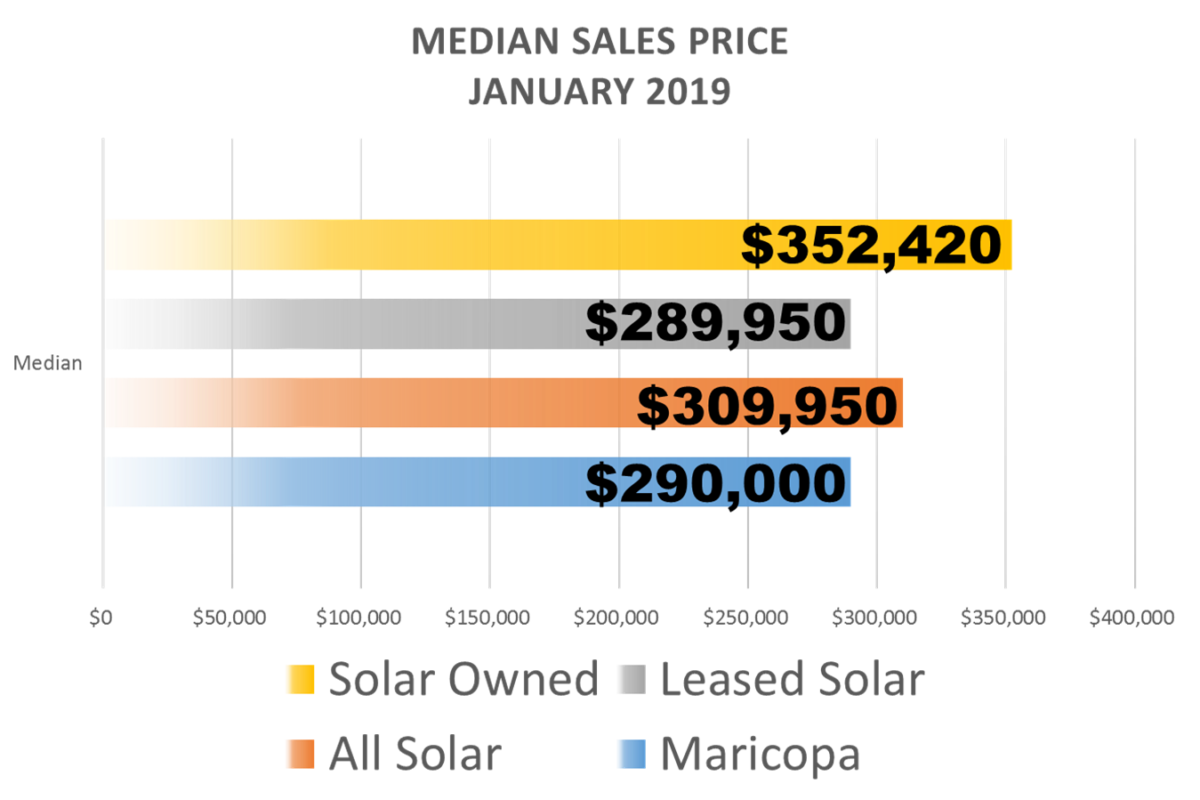 There were a total of 194 solar home sales in Maricopa County for the month of January, down 6.2% from the previous month. Homes with a solar leases (whether monthly lease payments or prepaid monthly solar leases) accounted for 116 of the sales while homes with solar owned electric systems accounted for the balance of 78 of the Phoenix area solar home sales in January 2019. 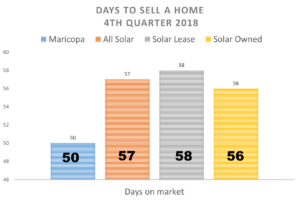 Median days on the market for solar homes in Phoenix, January 2019

The median days on the market for a resale home in Maricopa County was 50 days in January. Solar in general slightly underperformed the average market with an median time to sell at 57 days (up from December). Phoenix homes with a solar owned system took a median of 56 days while Phoenix area homes with solar leases was 58 days. The average days on the market for a solar home in Maricopa County was 72 days versus a market average of 57 days (solar leases had an average market time of 73 days while solar owned was 70 days).

NOTE: Only resale single family residences that sold during the month of January 2019 in Maricopa County. While all attempts were made to ensure quality and accurate data, I am limited by the data reported.